Replacement of a historically significant school extensively fire damaged due to an arson attack on the 7th July 2012.

The brief provided to the architects after consulting with all vested groups including parents, students, staff, Heritage Council, City of Stirling and the Mount Lawley Historical Society was to maintain the tradition of the original building by saving as much of the original facade as possible.

With the retention of the damaged buildings, a rigorous synergy between architectural significance, contemporary educational planning imperatives, universal access, sustainability and energy efficiency of the learning spaces was worked through with stakeholders. Workshops were held with the wider community, local authority, and Mount Lawley Historical Society.

The new replacement Mt Lawley Primary School has been designed and constructed in an economical and expedient manner ensuring that the displaced school community could return for the commencement of the 2015 school year.

Retention of the original Second Avenue facade was critical to the school’s 100 year old identity, and the Mt Lawley community’s strong sense of place. This was achieved by the incorporation of a significant portion of the salvaged facade and replicating the single storey scale, rhythm of the fenestration and style of the windows, chimneys and gable ends. Whist the streetscape was retained, the building aesthetic morphs into a two storey contemporary aesthetic along the north facade.

The incorporation of the new two storey building behind the original single storey facade enabled the new school’s facilities to be accommodated within an efficient footprint, in compliance with the Department of Education primary school brief, which enabled maximum areas for external soft and hard play zones and the retention of significant Jacaranda trees. 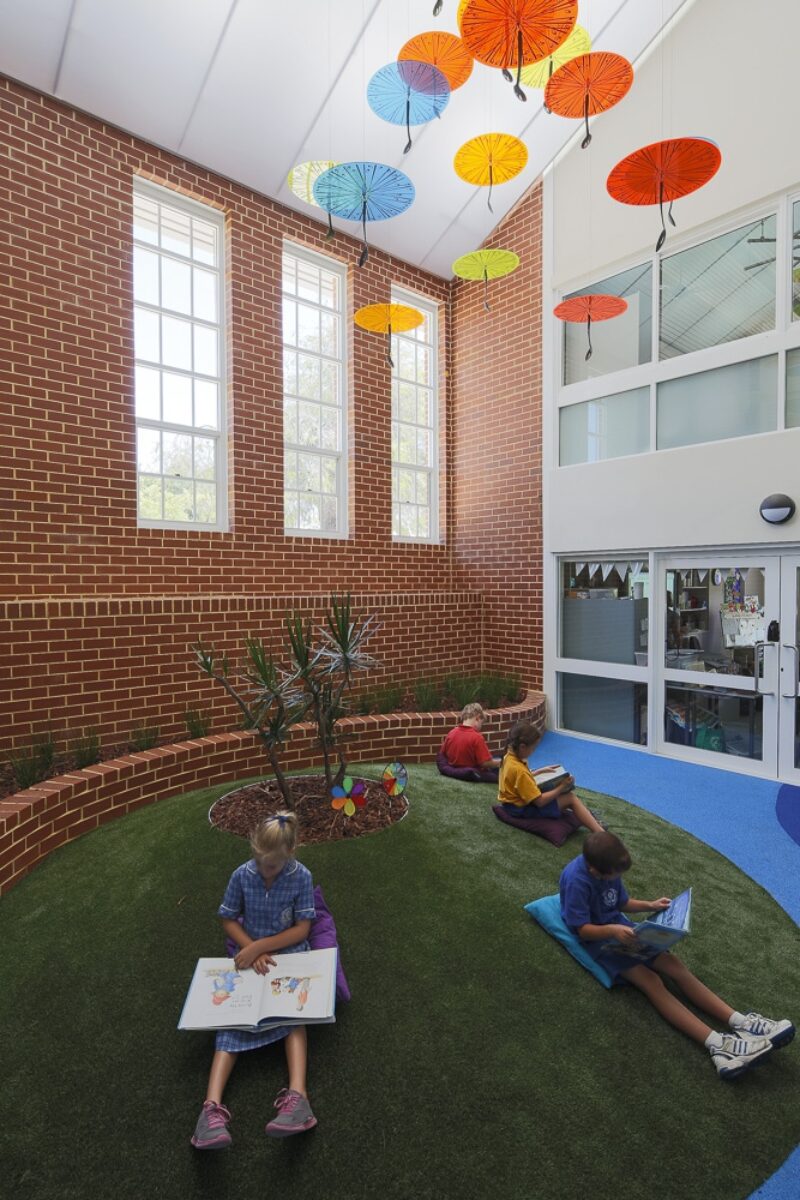 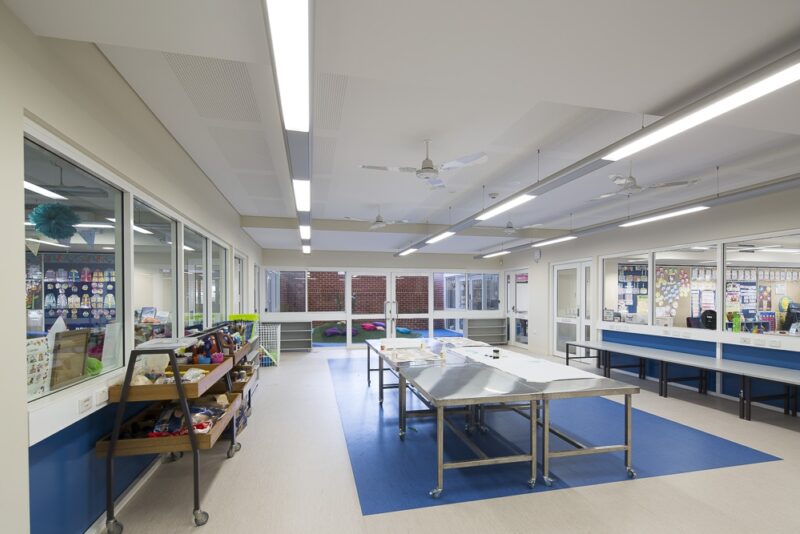 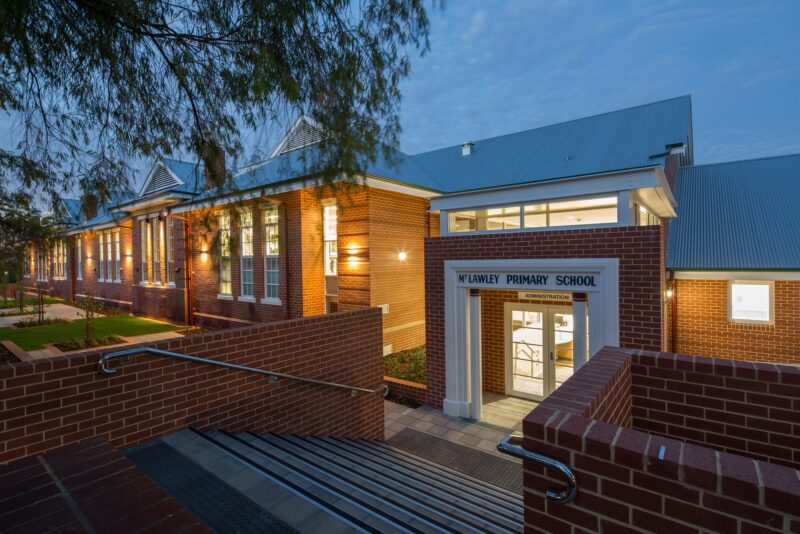 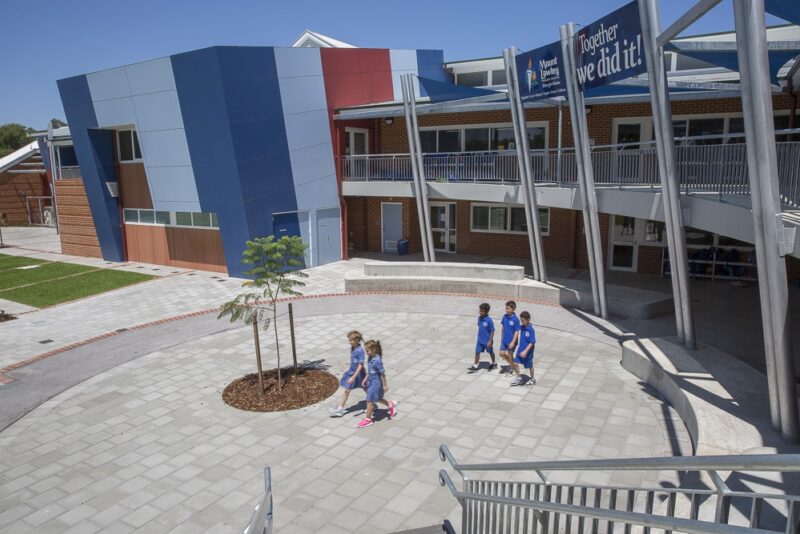 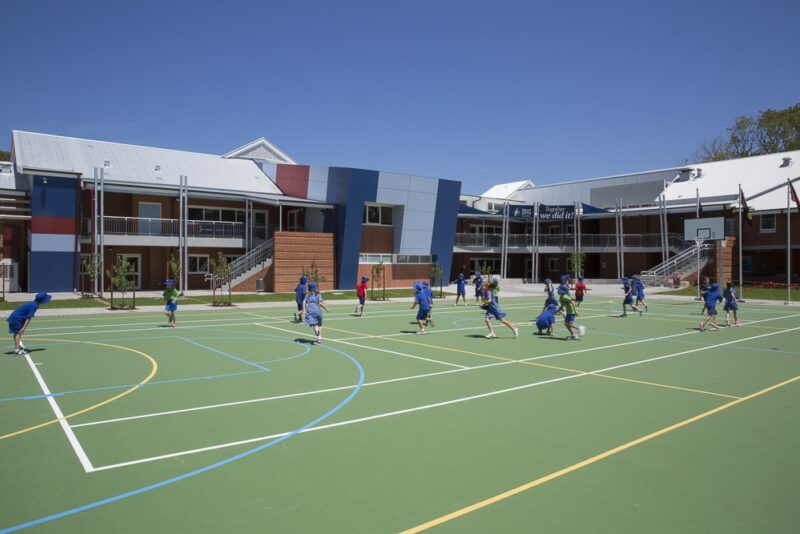 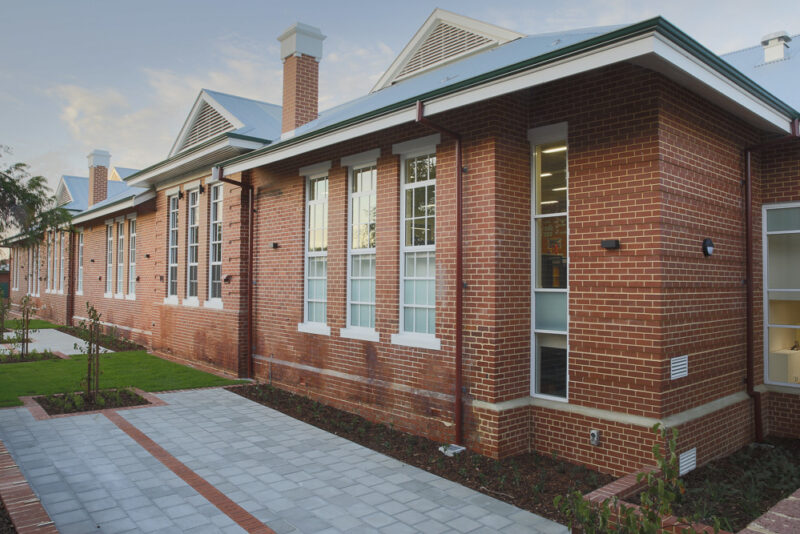